Leadership learning and a baptism of fire 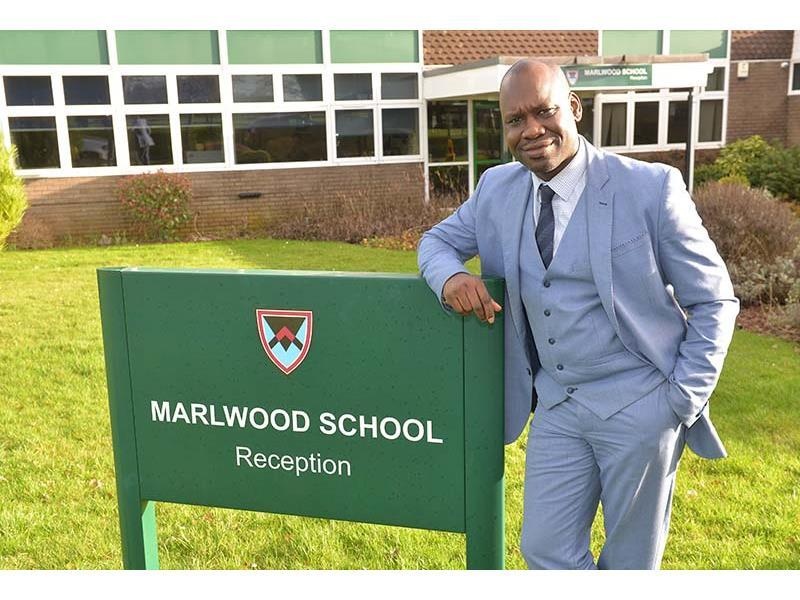 Leadership learning and a baptism of fire

From television crews to Ofsted judgements, Del Planter quickly put his professional learning into action when he became headteacher for the first time during a tumultuous time. Yvonne Gandy finds out more.

Baptism of fire is an over-used phrase in the world of school leadership, but it seems an entirely appropriate way to describe the beginnings of Del Planter’s first headship.

Television cameras had been at Marlwood School in south Gloucestershire for several months filming for the BBC documentary series School when Mr Planter arrived as deputy head, balancing the role with a similar position at Mangotsfield School, a fellow Castle School Education Trust (CSET) school.

Then, just weeks into the role, Mr Planter’s life changed dramatically. His predecessor departed following a critical Ofsted monitoring visit – a development captured by the documentary-makers and chronicled in the six-part series, broadcast in autumn 2018.

“I didn’t see it coming, so it was a shock,” he remembered. “When Ofsted arrived in the June for their second monitoring visit, they said the school was not taking effective action and then things happened very swiftly.”

Mr Planter’s promotion meant that he was drawing on his learning from the National Professional Qualification for Headship (NPQH) in real-time, just six months into the year-long programme.

“It was a massive learning experience for me,” he explained. “You go through your career thinking about how you would do things differently as a headteacher but most of us only have the opportunity to put ideas, philosophies and principles of being a headteacher into practice after we have completed NPQH.”

For Mr Planter, his NPQH reading around leadership and values proved to be immediately useful in the first weeks and months of his new role, helping him to tackle a range of challenges and revive the school’s fortunes.

He decided that if his leadership was to be a success it had to be authentic: “I am very much an open person and I try to be quite direct and clear about my decision-making. My approach is to set out my stall, explaining that this is what we are trying to achieve, and this is how we are going to go about it.”

One of Mr Planter’s first actions as interim headteacher was to hold 10-minute face-to-face meetings with every member of staff so that he could hear their views and ideas on key issues for the school.

“For me it is about bringing people along, getting them to buy into ideas so that they buy into the action, and acknowledging that sometimes they do not buy into the idea until they see it working in practice.”

Refining the school’s culture and ethos was an important early step, too: “When I arrived, the school had the mission statement ‘working together for excellence’ which for me stands the test of time. Working together is about community, and excellence is about high standards. The challenge for me was how to articulate exactly what excellence looks like and how we deliver it through working together.”

“I needed to be open with staff, setting out the reasons why we needed to change. A key part of that change was to build our curriculum using Barak Rosenshine’s Principles of Instruction (2020) and not assume that all colleagues were familiar with them. I wanted people to be really honest and say if they didn’t get it and give honest feedback on how it worked with their subject. It’s an approach that has worked well.”

The teaching and learning review is emblematic of a flourishing culture of professional development at Marlwood: “For me it is about creating a culture of talking professionally where people feel safe as well as challenged. In healthy schools, you have colleagues talking about challenges in a whole range of areas, such as teaching and learning, relationships and safeguarding.

“In my professional development, I’ve had space to think, talk and collaborate – that really is the key – and I want this to be a hallmark of professional life at Marlwood too.”

Marlwood has now been moved from “inadequate” to “requires improvement”, with behaviour and attitudes, personal development, and leadership and management rated as good.

In their December 2019 report, inspectors remarked that the school was enjoying a new lease of life and noted Mr Planter’s ambitious vision.

An early indication of this recovery is a growing roll – 96 year 7 students started in 2019 – a marked improvement on the 78 of the previous year – and more than 110 are scheduled to join the school in September 2020.

“It’s been an amazing effort by all the team and my NPQH professional learning really played a key part in that,” Mr Planter added. “We are still on the journey but we have a real clarity in our curriculum now which will stand the test of time.”

Yvonne Gandy is programme director of the National Professional Qualifications at Best Practice Network, which manages and supports Outstanding Leaders Partnership to deliver four NPQ programmes for school leaders. NPQ scholarship funding is now available to eligible schools. Apply before May 22 for an autumn 2020 start: www.bestpracticenet.co.uk/news/dfe-scholarships-confirmed-npqs-autumn20